We are experimenting with different concepts to enable an in-depth yet playful engagement with scientific topics. Our focus is on experiential learning through workshops & retreats, as well as publishing guides. In the future we would also like to develop digital formats: e.g. videos, online courses and games.

Here is a small selection of topics:

A microscope allows you to visually dive into the microcosmos. Because ‘seeing is believing’, microscopy was also the main catalyst for the establishment of microbiology as a scientific discipline. For us, it is a great way of getting to know the creatures that live in our environment: from ponds and puddles to leaves, moss, soil and compost. Learning about microbes does not mean to know all their names and count their numbers. If you are just starting to do microscopy, it is of course much more interesting to watch how they move around and do their thing. Take your time to observe. Make friends.

If you are interested in getting to know the microbes that live in your soil, check out our “Short Guide To Soil Microscopy” in the downloads section of the HUMUS sapiens project.

When learning about microscopy you will often hear the term “magnification”, which is a measure of how much larger the object appears. 100x magnification means that if the creature is 1 mm small, it will look like it would be 100 mm big (10cm). Limiting the magnification is the so called “resolution” which describes how near 2 objects can be while still being able to distinguish them as separated objects. If the resolution is not good, the image will appear blurry.

There are many types of microscopes, but all of them share these basic components:

Lens or lenses
The most simple design would be just a single lens that you can hold close to your eye or in front of the camera of your smartphone (see “DIY-Microscopy”). Compound microscopes use 2 lenses: one is close to the sample (the objective lens) and creates an image that is then further magnified by a second lens (the eyepiece) where the user looks through. This allows for a higher magnification, the possibility to easily exchange objective lenses to adjust the magnification as well as sophisticated illumination techniques.

Light source
You can use the sun or a candle to shine some light on your sample, but especially for higher magnification it is important to have a stable and adjustable light source. Professional microscopes use a so called condenser-lens to gather the light and concentrate it into a cone of parallel beams that illuminates the specimen.

Sample holder
Except at really low magnification, it is important to be able to precisely adjust the distance of sample and lens (near/far) to optimize the focus. This is usually achieved with the help of a mechanical “stage” that allows you to move the sample in all 3 dimensions: left/right, up/down & near/far.

As described above, the standard version of microscopy magnifies a sample according to the laws of optics: light is refracted by (glass)-lenses and produces a larger image of the object. Many variations exist (e.g. dark field) that are useful for different purposes.

For the following images, we used a simple second-hand microscope (from Zeiss) and a cheap ocular camera (from Bresser). The quality of the micro-photographs is intentionally on amateur-level, to make them comparable to images that you can obtain during a beginners workshop or with home experimentation. 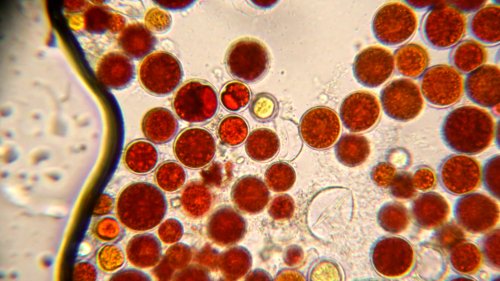 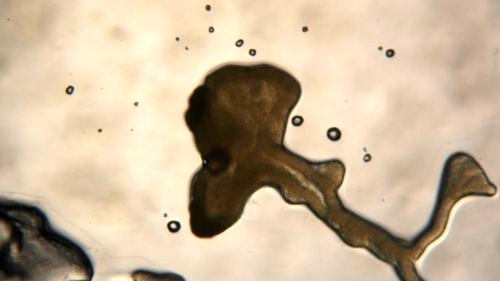 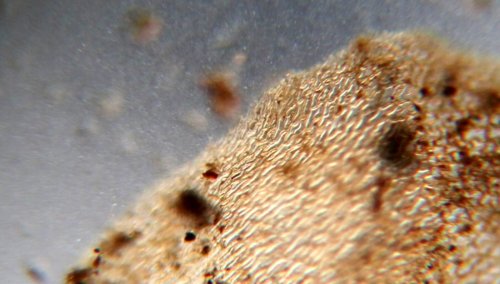 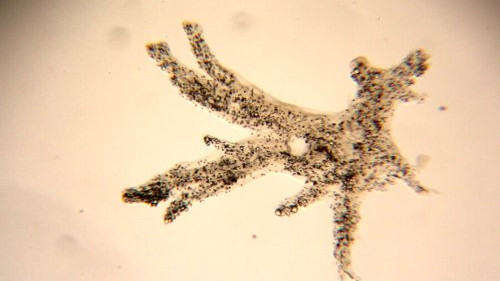 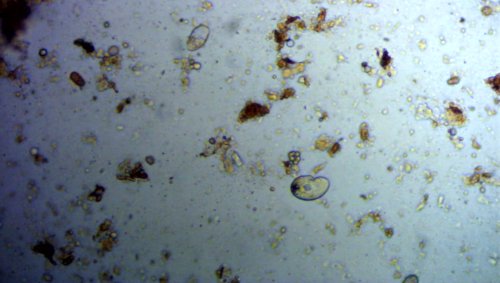 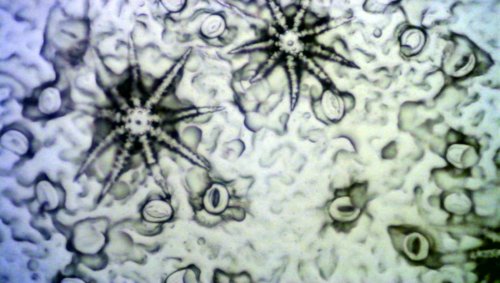 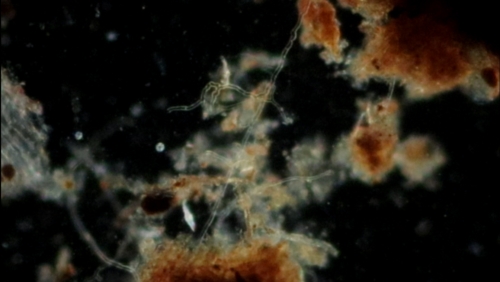 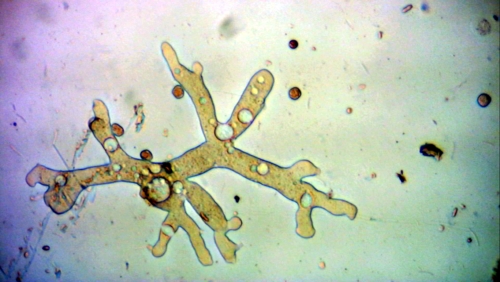 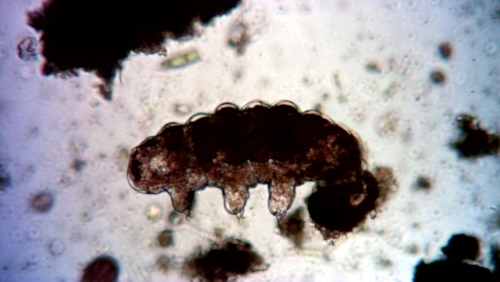 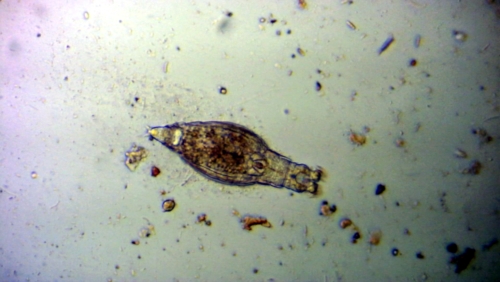 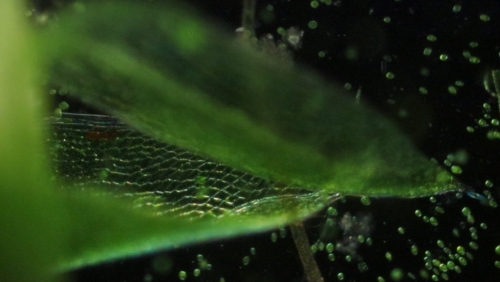 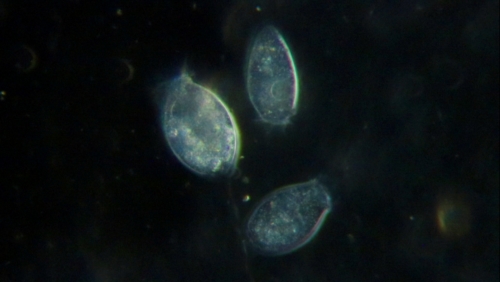 With the lens of a cheap laser pointer or webcam, you can use your smartphone or computer to magnify small insects and other creatures that live on the edge of the visible world. This is where macro photography and microscopy meet.

If you happen to find a really good lens, it is even possible to see bacteria and other microbes, but its a bit tricky to get the focus right. For nice instructions on how to built a webcam-microscope, look into the hackteria wiki . 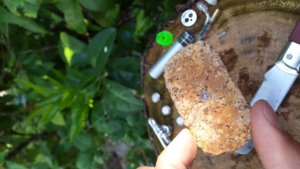 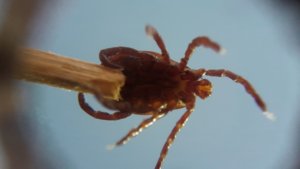 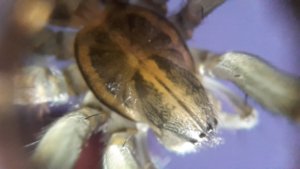 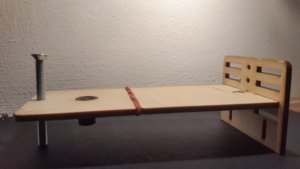 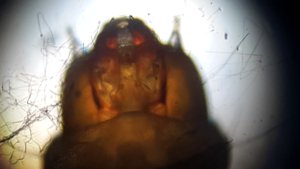 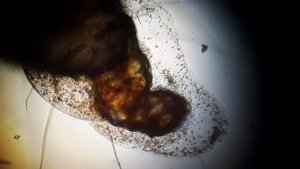 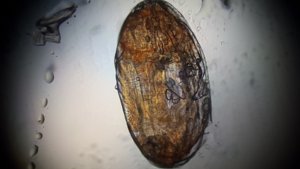 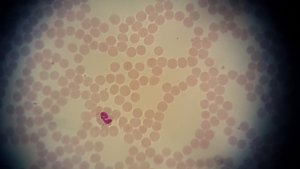 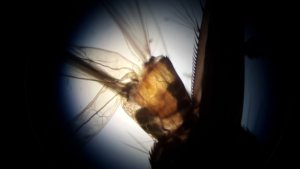 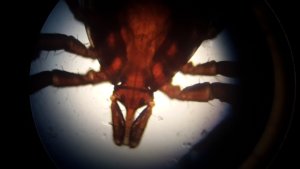 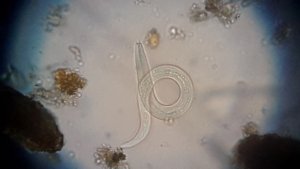 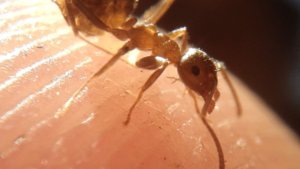 Have you ever heard of Bacteriophages ?
Do you want to lern more about these tiny viruses?

Wherever there are bacteria (almost everywhere) there are also bacteriophages or phages for short. Phageín means "eat" in ancient Greek, and these viruses attack only bacteria, so they are often referred to as bacterial eaters.

The small viruses were already discovered over 100 years ago and shortly thereafter used as medicine. Later, phages were largely replaced by antibiotics and only in recent years interest has risen again: as more and more dangerous bacteria (such as the so-called hospital germs) develop resistance to antibiotics, the bacteriophages become medically interesting again.

Some bacteriophages look a bit like Mars robots and most biologists agree that they are not alive. Now, we probably need to discuss what life actually is. Let's save that for the FAQs for now.

Phages multiply as parasites within bacterial cells. The victim is injected with a piece of DNA, which ensures that the cell neglects its actual tasks and instead only produces phages. At some point the bacterium bursts, the new phages are distributed and the whole process starts again.

Fermentation is the conversion of organic matter by microorganisms. It is frequently used for food production and preservation: beer, wine, yogurt, cheese and sauerkraut are particularly well-known. But also tea, cocoa, coffee and tobacco are refined by microbes and this is what makes them really tasty. Also, there are thousands of other recipes and regional variations from sourdough to kimchi, kefir, kombucha and even fermented fish.

Also for industrial production, microorganisms are being used on an ever-larger scale: breweries, manufacturers of biogas and ethanol are probably the largest fermentation industry, but also basic chemicals and medicines are increasingly being produced by bacteria and yeasts.

For us, fermentation is first and foremost a very direct and tasty way to get closer to microbial life... Thats why we want to give our little friends a nice home - in various jars as well as in our bellies.

We have also developed formats on the following topics, some of which have already been published:
* Fungal bioreactors
* Soil chromatography
* Mycorrhiza-Symbiosis
* Rotifers